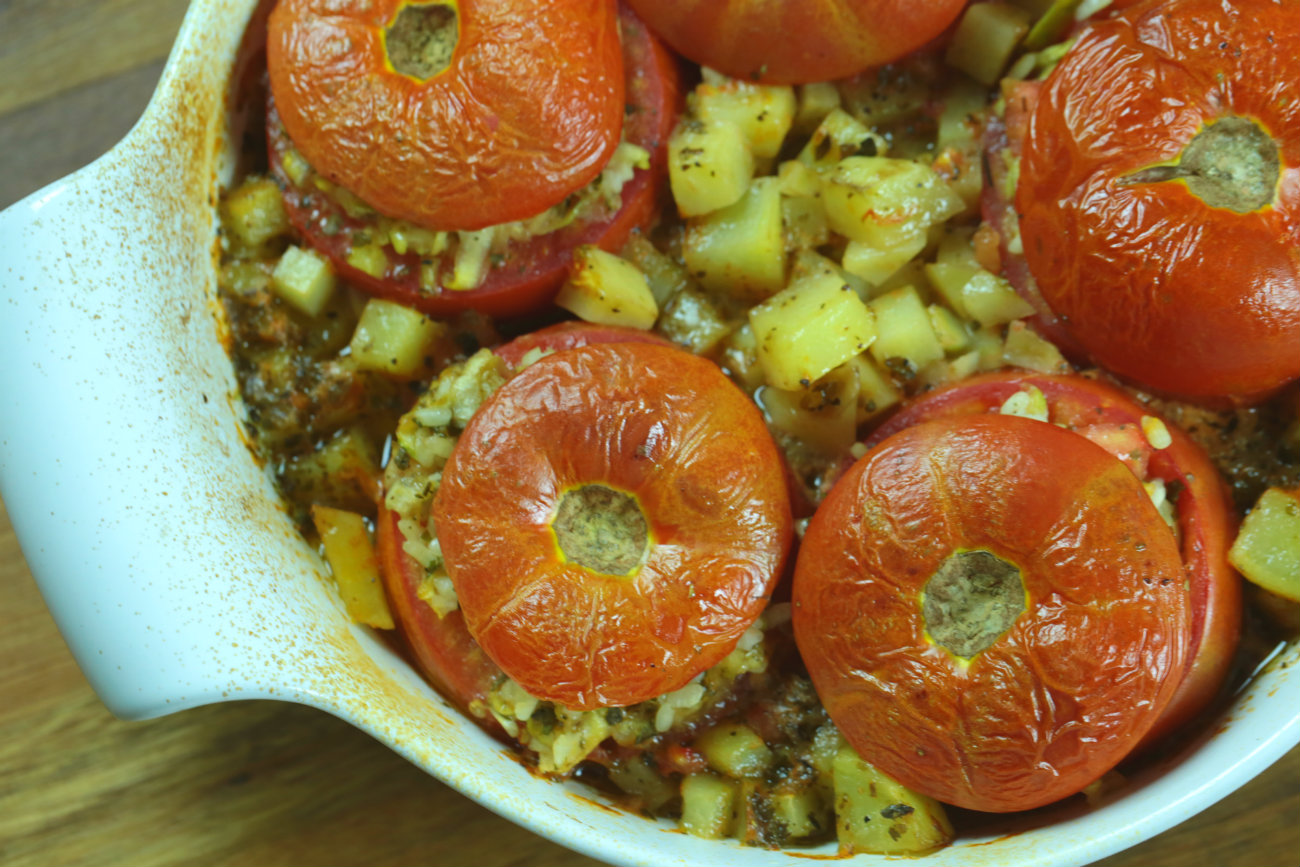 In Greece and Italy, rice-stuffed tomatoes are a common dish. This specific dish was inspired by the Greek gemista, which is used to describe stuffed vegetables typically a blend of peppers and tomatoes stuffed with rice and often cooked alongside potatoes. We’ve stuck to just stuffed tomatoes, and it is a great way to use all those fresh tomatoes in the summertime. It takes a bit of time, but it’s worth it!

For a quicker version, use cooked rice instead — leaving out the 3/4 cup olive oil from the mixture — and set the tomatoes in the pan without any potatoes or leftover rice. Then, just drizzle them with a little olive oil and cook for 15-20 minutes at 400 degrees F.