It doesn’t matter who we are, we all poop but some of us need a little bit more help than others. For those who tend to have ‘big poops’, that assistance may come in the need to break things down before you flush.

It may seem strange, but when a conversation was started on Reddit, it went viral. In the end, a product was devised to help those that have such difficulty.

The website claims that: “Never to be mistaken for a box opener again 📦, this poop knife is one of a kind – made from metal-reinforced silicone it is strong, hygienic, and easy to clean. 💦* Guaranteed not to turn into a rusty punji stick. Be a samurai of the porcelain poo-poo platter.”

The POOP KNIFE is real! I know what @kimfaul and @shyvioletisme are getting for CHRISTMAS. 🎅🏻💩🔪 pic.twitter.com/iPSSqBUpB2

What was it that would inspire such an intervention? It came from a convention by LearnedButt, a user on Reddit. He said: “I was 22 years old when I learned that not every family has a poop knife. My family poops big. Our family had a poop knife. It was an old rusty kitchen knife that hung on a nail in the laundry room, only to be used for that purpose. It was normal to walk through the hallway and have someone call out ‘Hey, can you get me the poop knife?” I thought it was a standard kit. You have your plunger, your toilet brush, and your poop knife.”

Man Was Shocked To Learn That Not Everyone Uses A ‘Poop Knife’https://t.co/WWsrZK3uVO pic.twitter.com/rcsW7DLDTZ

The comments were everything you would expect. One user wrote: old rusty kitchen knife. Let’s be honest here. That ain’t rust. Others were glad to find the company. A user wrote: I was literally SO happy to find this thread. No lie. I thought it was just me (and my one brother). We had to take “kondramol” (sp) as kids, and as an adult, I’ve stopped up toilets from NY to Florida when I was without the “cutter.” We used to have a coat hanger hanging from the shower rod (makes me gag to think about it now), which we used to cut the poop. 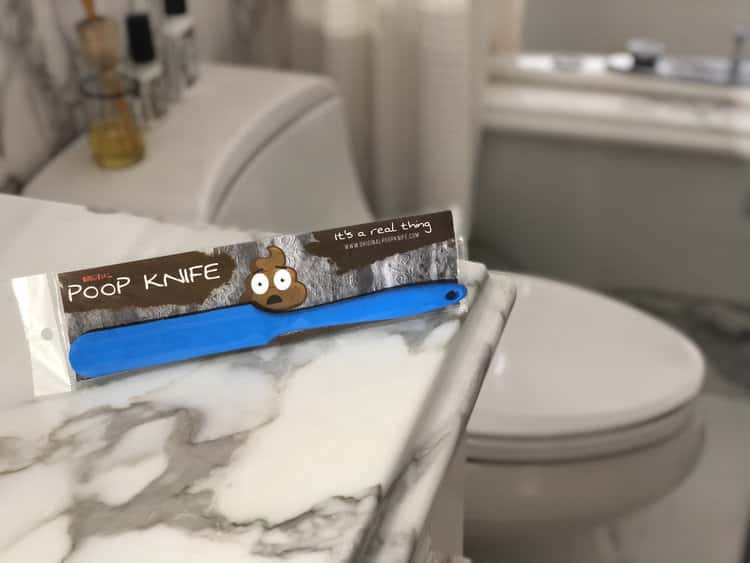 The most popular comment, however, comes from user u/Iamnottouchingewe where he writes: My friend’s sister laid a huge turd in the toilet. She couldn’t get it to flush. So she just casually strolls into the kitchen while me and my buddy are watching Friday night videos, and grabs a pocket knife from the junk drawer. Goes back towards the bathroom, my buddy is hey what the eff you need a knife for? So she says the toilet won’t flush. Their dad hears this jumps up and runs down to the bathroom and screams who the shit this turd. Which brings mom into the bathroom she freaks out. No all 5 of us are in the throne room in admiration of her magnificent turd. The dad asks what is the knife for and his sister goes it’s what I use to cut them. Yeah, that’s what she said. It was silent until her mom asked how long have you been cutting turds with that knife, I am dying my friend is in tears, well since we are all here I guess the secret is out so I get massive turds on my period mom. So for about six years mom. She goes to leave and her dad grabs her and says cut the cheese sweet pea and that’s your knife now. That’s it I can’t breathe I am laughing so hard. She is in tears her mom is mortified and her dad was trying to be supportive, my buddy and I are being total jack*****.

Her dad pulls us aside and threatened to kick the sh** out us if a word of sir turdly of bummertown gets out of the house. We never said a word about it outside of their house but we were brutal to her at home.”

I’m sure that all of us have at least one unusual poop story but it seems that there are many people who already use poop knives and many who don’t. For those who do, you may want to get your hands on this poop knife instead of grabbing one out of the kitchen. After all, what happens in the bathroom should stay in the bathroom.