By now, everyone is well aware that the coronavirus has dominated everyone’s spring plans – they’ve all been canceled. As a result of social distancing, Disney’s theme parks have closed down for a few weeks. This means that most Disney lovers have been forced to find alternative means of entertainment, like signing up for Disney+. However, there was one family who went even further than that by recreating one of the most iconic Disney rides right in their own house.

The Thornock family took the time to come together and recreate the Pirates of the Caribbean, and the results have been blowing the internet away in terms of creativity. They made a minute and a half long video which shows them having delightfully brought to life some of the ride’s most recognizable scenes, such as the first waterfall, and the female chasing the male pirate around.

Naturally, people were delighted by the family’s creativity, and plenty of people were commenting on the post.

One person commented, “Good form Maties! Quarantine bringing out the creativity and comic relief in some folks. Thanks for the laughs today. We need them.”

“This is the BEST video ever!!! I can’t stop laughing,” someone else stated.

Speaking to Syfy, the Thornock’s second-eldest daughter, Brin, revealed that the family came up with the idea for the video after watching the Disney site, Chip and Co., where a post showed a video of a self-made Splash Mountains at home. Brin’s mom reposted the video online, and soon, her social media connections were egging on the family to take on the trend themselves. 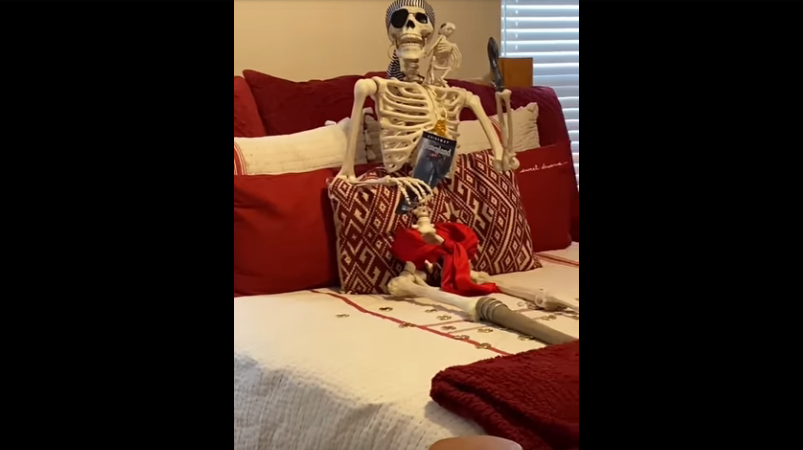 As Brin said to Syfy, “Her friends all commented, ‘We totally see you guys making one.’ So, we took it as a challenge. Pirates of the Caribbean is one of our favorite rides.”

Brin stated, “We figured we would just have our friends and family get a kick out of it,” Brin said. “It only took us about an hour-and-a-half to put everything together. We shot it on our phones and I edited in my phone as well!”

The new trend wasn’t just the Thornock family, there is also a video featuring comic Jenny Lorenzo transforming her home into a recreation of the Haunted Mansion. We can’t wait to see what the pandemic had people creating next.