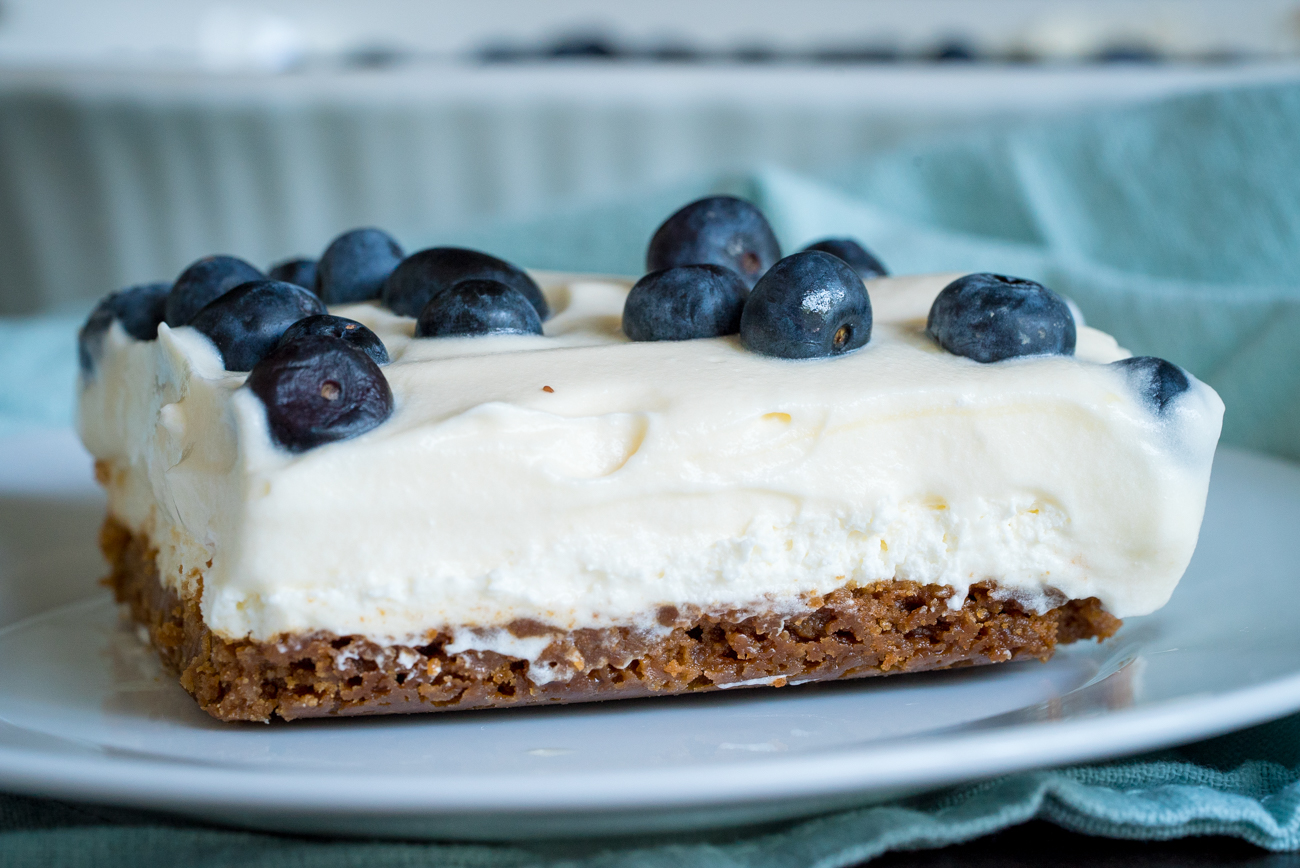 There’s something so dreamy about dessert, and especially so when it comes in the form of ‘lush’ — a creamy layered confection that always involves a cookie crumb crust and some combination of no-bake cheesecake, pudding, and whipped cream. This lush here is of the cheesecake variety, and it doesn’t disappoint. With a vanilla sandwich cookie crust, followed by layers of no-bake cheesecake and cheesecake pudding, and topped with bright, fresh blueberries, it’s just about as heavenly as dessert can get. 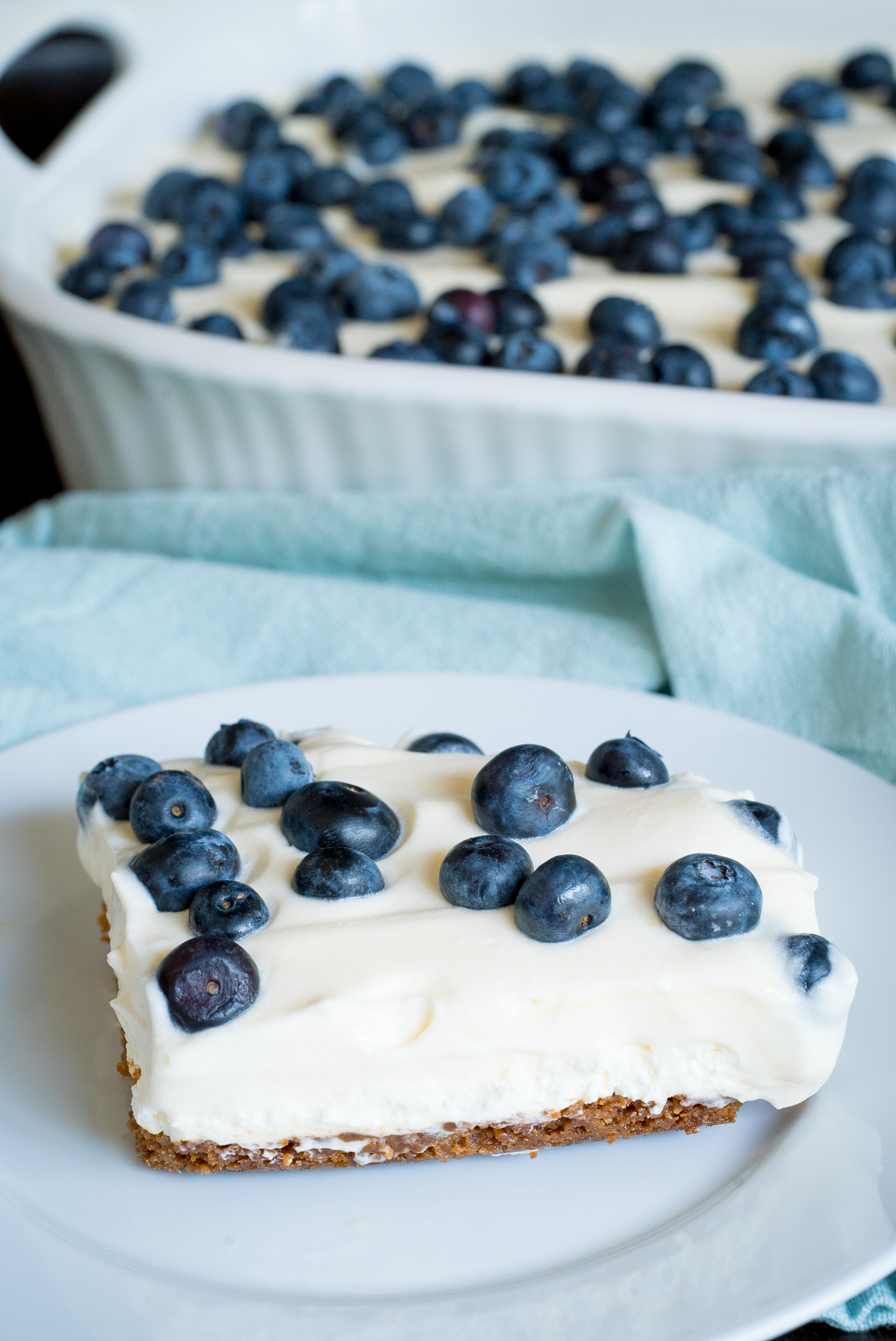 The first step is to crush the sandwich cookies into fine crumbs and mix them with some melted butter so that you can press them into a pan to create a crust. While this dessert is almost no bake, the crust does need to go in the oven for just about fifteen minutes to set up. And that’s all the baking you need to do! 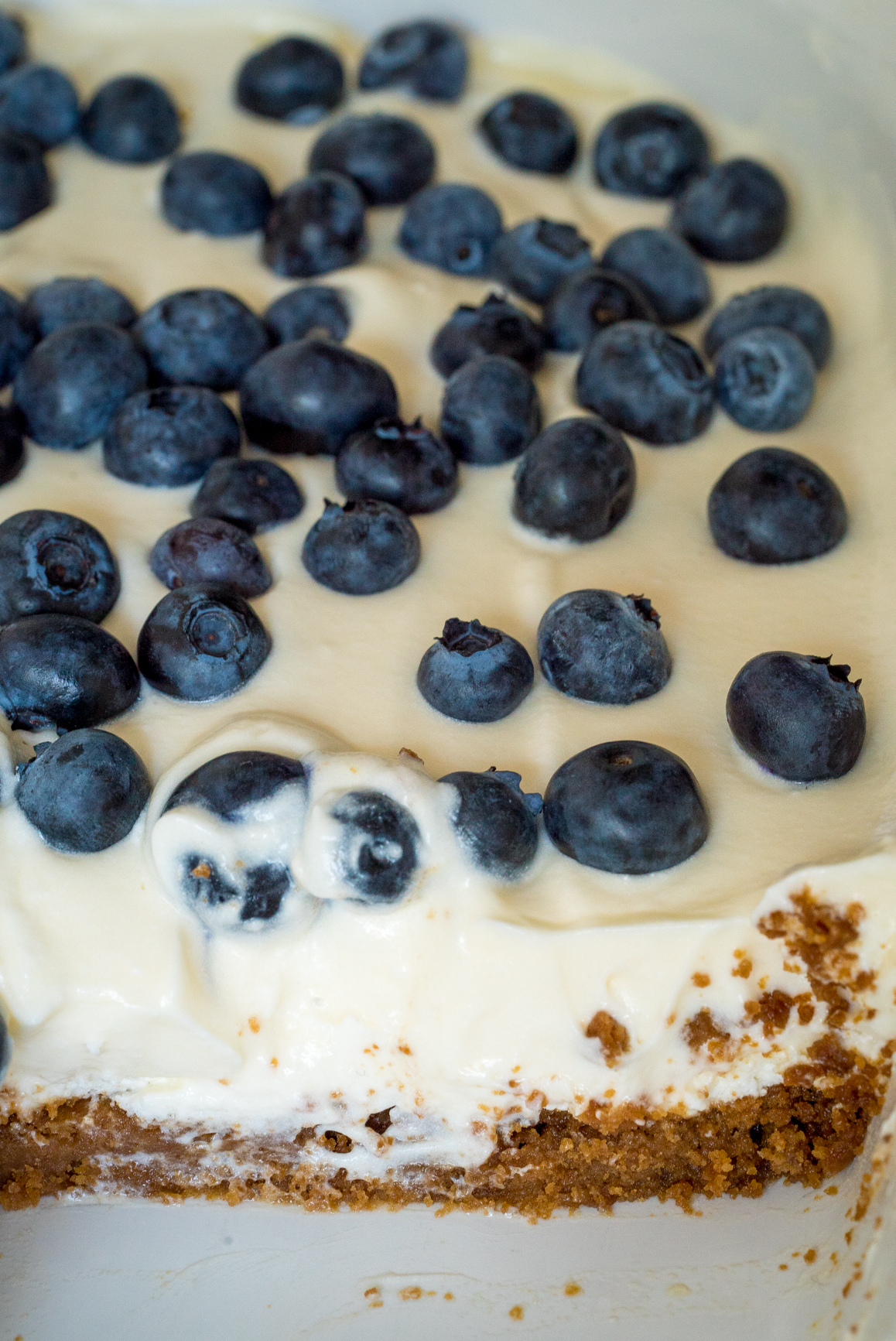 As the crust cools, you start to make the layers. The first one is formed with cream cheese, a little bit of powdered sugar, and some whipped topping. You spread that evenly over the cooled crust and get to layering again… 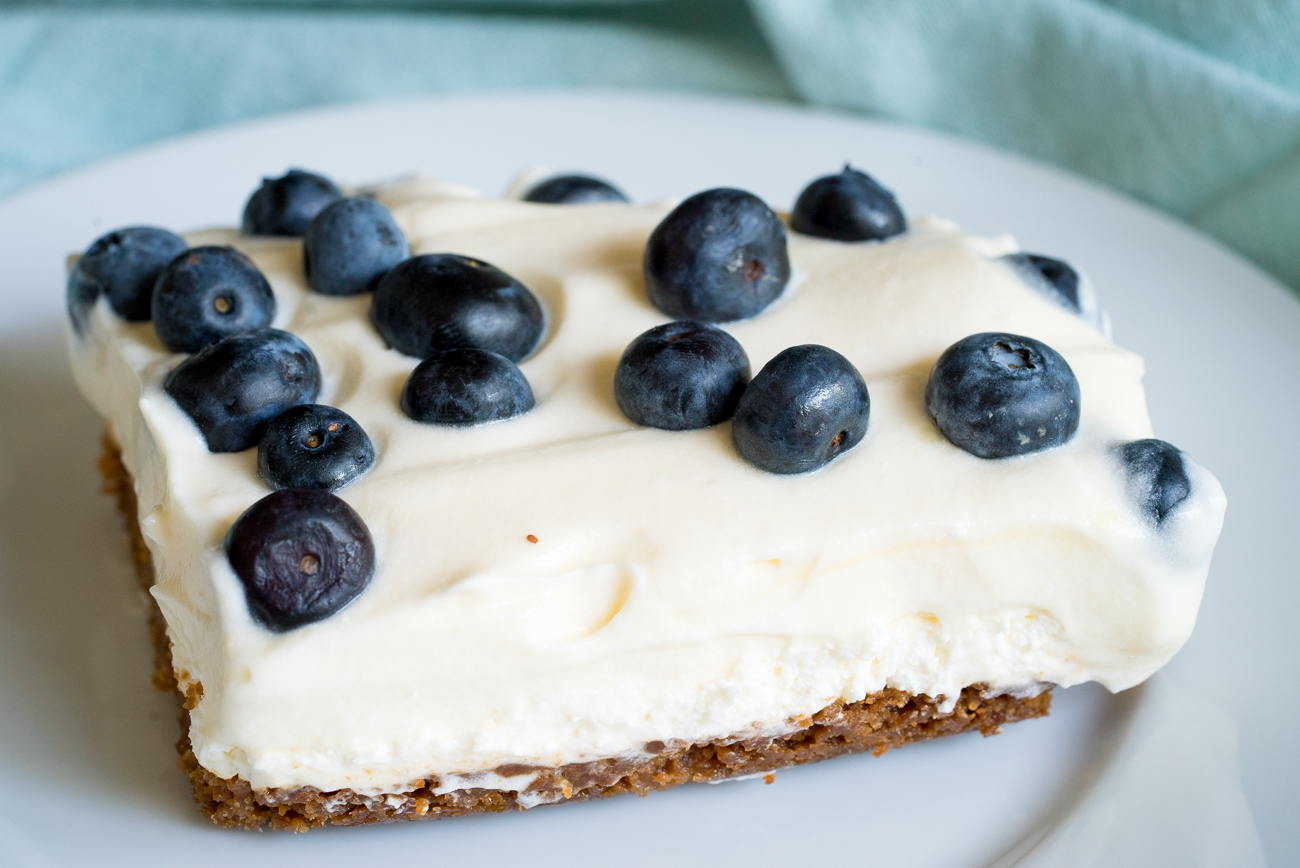 The next layer is a quick mixture of instant pudding mix (cheesecake flavor!), milk, and more whipped topping. Once it’s nice and smooth and thick, you spread that over the cream cheese layer. A sprinkling of fresh blueberries goes on top, but if you have any whipped topping left over, you can also do an additional layer of that followed by even more blueberries. 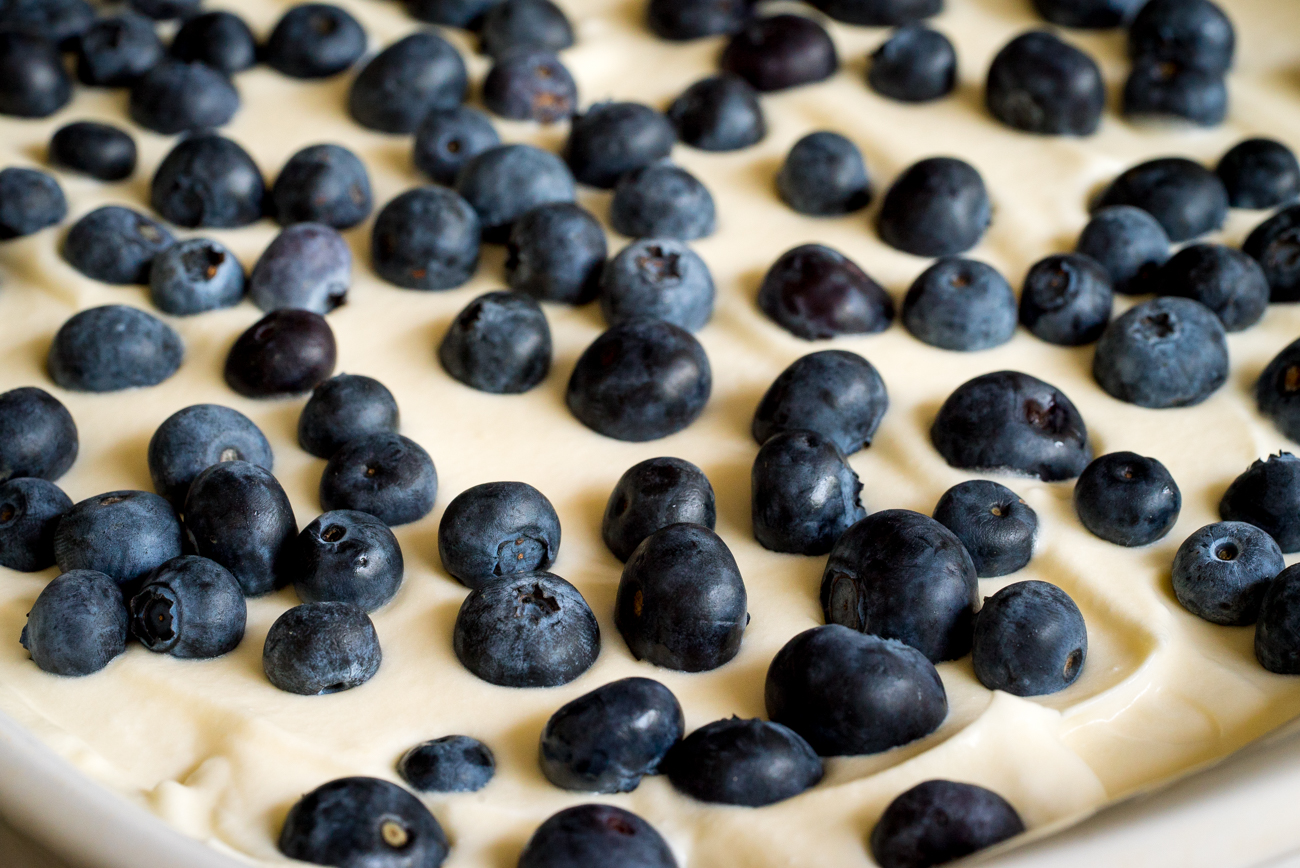 The burst of sweet blueberries against the creamy, cool cheesecake is absolutely delightful, and the crunch of the vanilla cookie crust below isn’t hurting things either. This Blueberry Cheesecake Lush is an easy dessert, but it’s also full of flavor and contrast. It’s the type of dessert that always satisfies, which means there’s no harm in making it again and again!